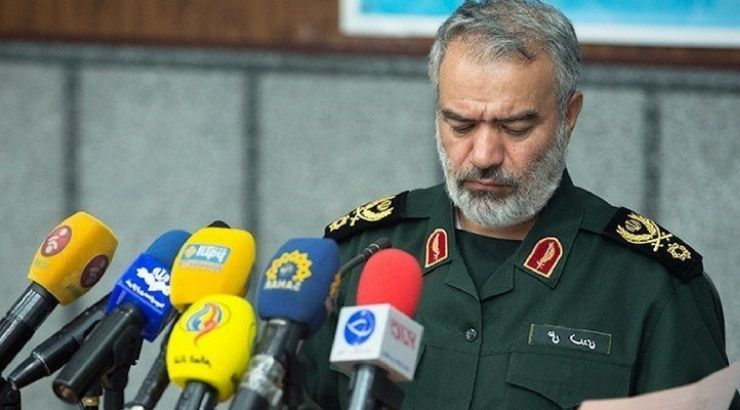 (CD) — As tensions in the Persian Gulf continue to escalate after British forces seized an Iranian oil tanker last week, Iran on Friday called on the U.K. to release the vessel and demanded that Western powers get out of the region immediately.

“This is a dangerous game and has consequences,” said Abbas Mousavi, spokesman for the Iranian Foreign Ministry. “The legal pretexts for the capture are not valid… The release of the tanker is in all countries’ interests.”

Mousavi went on to urge foreign powers to “leave the region” to avert a full-blown conflict.

“Iran and other regional countries are capable of securing the regional security,” Mousavi said. “Iran has repeatedly expressed its readiness to hold talks with its neighbors to resolve disputes.”

Mousavi’s comments came just 24 hours after the U.K. accused Iran of attempting to block the passage of a British tanker in the Persian Gulf.

British authorities said a U.K. warship trained its deck guns on three Iranian boats and forced them to retreat.

The Iranian government denied that it attempted to impede the British tanker.

“They make such claims to create tension, yet these claims are worthless and they have made many such claims,” Iranian Foreign Minister Javad Zarif told reporters on Thursday. “They say such things to cover up their own weaknesses.”

Iran’s demand that all foreign powers leave the region comes as the Trump administration is reportedly attempting to form a “military coalition” to patrol waters off Iran and Yemen with the goal of protecting “commercial shipping.”

Michael Klare, senior visiting fellow at the Arms Control Association, wrote for TomDispatch on Thursday that a single principle has long guided U.S. policy in the Middle East, one that is not often “openly acknowledged.”

“The United States alone must be the ultimate guarantor of unimpeded oil commerce in the Persian Gulf,” Klare wrote. “Look closely and you can find this principle lurking in every fundamental statement of U.S. policy related to that region and among the Washington elite more generally.”

Klare went on to note that “any Iranian move in the Strait of Hormuz that can be portrayed as a threat to the ‘free flow of commerce’ (that is, the oil trade) represents the most likely trigger for direct U.S. military action.”

As Common Dreams reported last month, the Trump administration—on the basis of flimsy evidence—blamed Iran for two attacks on commercial tankers in the Gulf of Oman.

U.S. Secretary of State Mike Pompeo called the attacks “a blatant assault on the freedom of navigation.”

Klare argued that if the U.S. ultimately decides to go to war with Iran, “you are unlikely to hear the word ‘oil’ uttered by top Trump administration officials, but make no mistake: that three-letter word lies at the root of the present crisis, not to speak of the world’s long-term fate.”