More US measures have been taken in recent weeks to further cement the Israeli position and isolate the Palestinian Authority (PA), before the official unveiling of President Donald Trump’s so-called ‘deal of the century’. But while attention is focused on spiteful US actions, little time has been spent discussing the PA’s own responses, options and strategies.

The last of Washington’s punitive measures came on March 3, when the US shut down its Consulate in Jerusalem, thus downgrading the status of its diplomatic mission in Palestine. The Consulate has long served as a de-facto American embassy to the Palestinians. Now, the Consulate’s staff will merge into the US embassy in Israel, which was officially moved to Jerusalem last May – in violation of international consensus regarding the status of the occupied city.

Robert Palladino, US State Department spokesperson, explained the move in a statement, saying that “this decision was driven by our global efforts to increase the efficiency and effectiveness of our diplomatic engagements and operations.”

Diplomatic hogwash aside, ‘efficiency and effectiveness’ have nothing to do with the shutting of the Consulate. The decision is but a continuation of successive US measures aimed at “taking Jerusalem off the table” – as per Trump’s own words – of any future negotiations.

International law, which recognizes East Jerusalem as an occupied Palestinian city, is of no relevance to the Trump administration, which has fully shed any semblance of balance as it is now wholly embracing the Israeli position on Jerusalem.

To bring Palestinians into line, and to force their leadership to accept whatever bizarre version of ‘peace’ Trump’s son-in-law, Jared Kushner, has in mind, the US has already taken several steps aimed at intimidating the PA. These steps include the cutting of $200 million in direct aid to Gaza and the West Bank, and the freezing of another $300 million dollars that were provided annually to the UN agency for Palestinian refugees (UNRWA).

That, and the shutting down of the Palestine Liberation Organization (PLO) office in Washington DC, on September 10, were all the signs needed to fully fathom the nature of the US ultimatum to the Palestinian leadership: accept our terms or face the consequences.

It is no secret that various US governments have served as the financial and even political backers of the PA in Ramallah. While the PA has not always seen eye-to-eye with US foreign policy, its survival remained, till recently, a top American priority.

The PA has helped Washington sustain its claim to being an ‘honest peace broker’, thus enjoying a position of political leadership throughout the Middle East region. 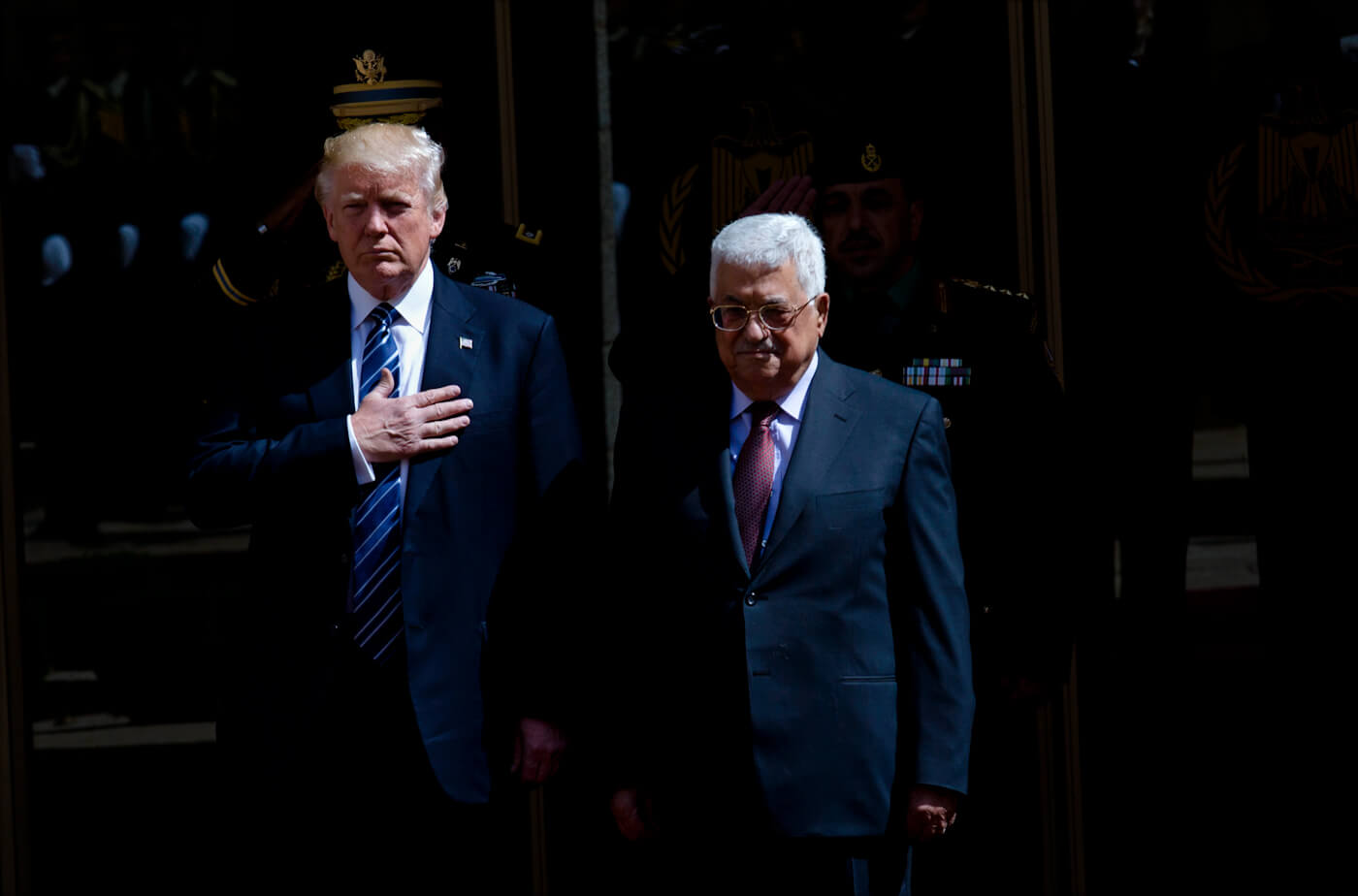 Moreover, by agreeing to take part in assisting the Israeli military in policing the Occupied Territories through joint US-funded ‘security coordination’, the PA has proved its trustworthiness to its US benefactors.

While the PA remained committed to that arrangement, Washington reneged.

According to the far-right Israeli government coalition of Benjamin Netanyahu, PA leader, Mahmoud Abbas, is simply not doing enough.

‘Doing enough’, from an Israeli political perspective, is for Palestinians to drop any claims to occupied East Jerusalem as the future capital of Palestine, accept that illegal Jewish settlements in the West Bank would have to remain in place regardless of the nature of the future ‘peace agreement’, and to also drop any legal or moral claims pertaining to Palestinian refugees right of return.

While the PA has demonstrated its political and moral flexibility in the past, there are certain red lines that even Abbas himself cannot cross.

It remains to be seen how the PA position will evolve in the future as far as the soon-to-be-announced ‘deal of the century’ is concerned.

Yet, considering that Trump’s blind support for Israel has been made quite clear over the course of the last two years, one is bewildered by the fact that Abbas and his government have done little by way of counteracting Washington’s new aggressive strategy targeting the Palestinians.

Save for a few symbolic ‘victories’ at the United Nations and UN-related bodies, Abbas has done little by way of a concrete and unified Palestinian action.

Frankly, recognizing a Palestinian state on paper is not a strategy, per se. The push for greater recognition has been in the making since the PLO Algiers conference in 1988, when the Palestine National Council declared a Palestinian state to the jubilation of millions around the world. Many countries, especially in the global south, quickly recognized the State of Palestine.

Yet, instead of using such a symbolic declaration as a component of a larger strategy aimed at realizing this independence on the ground, the PA simply saw the act of recognizing Palestine as an end in itself. Now, there are 137 countries that recognize the State of Palestine. Sadly, however, much more Palestinian land has been stolen by Israel to expand on or build new Jewish-only colonies on the land designated to be part of that future state.

It should have been clear, by now, that placing a Palestinian flag on a table at some international conference, or even having a Palestine chair at the G77 UN coalition of developing countries, is not a substitute for a real strategy of national liberation.

The two main Palestinian factions, Abbas’ own Fatah party and Hamas, are still as diverged as ever. In fact, Abbas seems to focus more energy on weakening his political rivals in Palestine than on combating the Israeli Occupation. In recent weeks, Abbas has taken yet more punitive financial measures targeting various sectors of Gaza society. The collective punishment is even reaching families of prisoners and those killed by the Israeli army.

Without a united front, a true strategy or any form of tangible resistance, Abbas is now vulnerable to more US pressure and manipulation. Yet, instead of moving quickly to solidify the Palestinian front, and to reach out to genuine allies in the Middle East and worldwide to counter the bitter US campaign, Abbas has done little.

Instead, the Palestinian leader continues to chase political mirages, taking every opportunity to declare more symbolic victories that he needs to sustain his legitimacy among Palestinians for a while longer.

The painful truth, however, is this: it is not just US bullying that has pushed the PA into this unenviable position, but, sadly, the self-serving nature and political bankruptcy of the Palestinian leadership itself.

Top Photo | A man waves a Palestinian flag during a demonstration organized by the Palestinian community in Italy, in Milan, Italy, May 12, 2018. Luca Bruno | AP

The post Chasing Mirages: What Are Palestinians Doing to Combat the ‘Deal of the Century’? appeared first on MintPress News.