On the 40th anniversary of the Islamic Revolution, this past Friday, Supreme Leader Ayatollah Khamenei made an effort to express Iran’s geopolitical stance in simple terms: ‘We have good relations with all nations in the world, we don’t want to break relations with any European nation’, and an explanation of the slogan ‘Death to America’.

So, the slogan is indeed a metaphor – as in death to US foreign policy as conducted for much of the past four decades.

That includes, of course, the dismantling, by the Trump administration, of the nuclear deal with Iran, known as the Joint Comprehensive Plan Of Action (JCPOA).

In a rash rebuke of the centrist government of President Hassan Rouhani and Foreign Minister Muhammad Javad Zarif – who negotiated the JCPOA with the Obama administration, as well as Russia, China, France, the UK and Germany – Khamenei stressed he would not have signed it. His legendary distrust of the US now seems more than vindicated.

For the Europeans who signed the JCPOA, what’s left is trying to pick up the pieces. Enter Instex – the Instrument in Support of Trade Exchanges, a mechanism backed by the European Union, with its headquarters in Paris and run by a German banker, which in theory allows European banks and companies to keep trading with Iran without being fined, extra-territorially, by the US Department of Justice, or being totally excluded from the American market.

French Foreign Minister Jean-Yves Le Drian called it “an important geopolitical gesture.” But a “gesture” may not be enough, especially because initially it just covers humanitarian goods sold to Iran, such as pharmaceuticals, food and medical supplies.

Tehran pays Instex, and Instex reimburses the food and pharma companies involved. Further on down the road, small and medium-sized European companies might also use Instex to trade with Iran without being slapped with US sanctions.

What’s crucial in the long run about Instex is that the mechanism bypasses the US dollar. So, it will be under immense scrutiny all across the Global South. Instex won’t replace the Swift payment system anytime soon, because the capitalization is set at only $1 billion. The thing is whether other heavyweights, such as Russia, China and Turkey, will start using Instex to bypass US dollars and sanctions, trading way beyond “humanitarian goods”.

Instex, although an embryonic response, shows how Brussels and major European capitals are exasperated by the Trump administration’s unilateralism. Diplomats have been saying on and off the record that nothing will prevent the Europeans from doing business with Iran, buying their energy, investing in their market, and bypassing the US dollar in the process.

This has the potential to offer some breathing space to President Rouhani. The latest internal polls reveal that 40 years after the Islamic Revolution, over 70% of Iranians of all social classes have zero trust in any negotiations involving the US government. And that even includes an increasing number of millennials, for whom the Islamic Revolution is just an echo of a distant past.

That may not be the exact sentiment in Teherangeles, California – the capital of the Iranian diaspora, which may number over half a million people worldwide, mostly upper-middle-class. But it does reflect the pulse of the nation.

Over and over again, the Rouhani administration must tackle an insurmountable contradiction. National pride, boosted by Iran recapturing its role as a major power in Southwest Asia, is always undermined by intimations of social despair, as in countless families surviving on less than $200 a month, under rampant inflation and suffering the effects of the non-stop fall of the rial, whatever the feel-good factors constantly exhorted by the government.

Already in regard to Instex, there has been a backlash. Iran has been told it must join the Financial Action Task Force (FATF), a global body that seeks to combat money laundering and the financing of terrorism, and that it must compromise on its missile program, which it regards as non-negotiable. The chief of Iran’s judiciary, Ayatollah Sadeq Amoli Larijani, branded the two conditions set by the Europeans as “humiliating”. 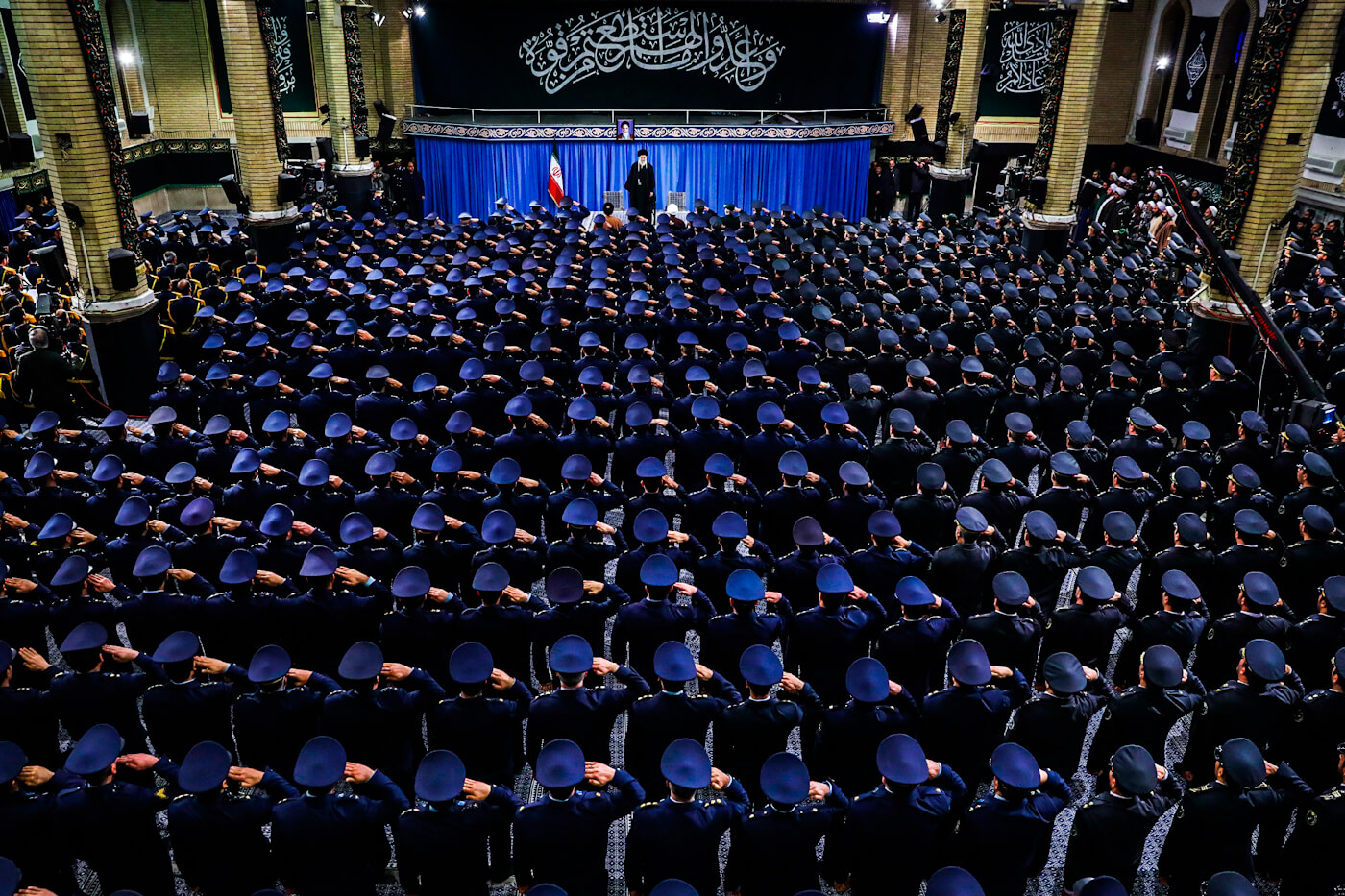 And on the European front, there’s no evidence yet that small companies trust that the Instex payment system will make them immune to retaliatory action by the US.

Iranians though are opening other creative fronts. Four banks – Bank Melli, Bank Mellat, Parsian Bank and Bank Pasargad – have developed a gold-backed cryptocurrency named PayMon, and negotiations are already advanced with the Europeans as well as Russia, Switzerland and South Africa to expand PayMon trading. Iranian officials are adamant that blockchain will be crucial to improve the nation’s economy.

The Iranian move mirrors Venezuela’s action in launching its own oil-backed cryptocurrency, the petro, last October. But count on the Blocking Iran Illicit Finance Act to swing into overdrive in the US Congress.

Meanwhile, Russia and Iran have all but bypassed the US dollar in bilateral trade, using only ruble and rial and “in case of urgent need, the euro, if we have no other options”, according to the Russian Ambassador to Iran, Levan Dzhagaryan.

China, Russia, Iran and Turkey – the four key vectors of ongoing Eurasia integration – are investing in bypassing the US dollar on trade by any mechanism necessary. The Eurasia Economic Union (EAEU) is also working on a common system for “boosting economic sovereignty”, as defined by President Putin. It has free-trade agreements with an array of partners, including China and Iran.

This is the background in the run-up towards what is essentially an anti-Iran conference convened by the Trump administration in Warsaw this Wednesday.

No one in Europe that really matters wants to be publicly associated with Iranian demonization. Federica Mogherini, the EU foreign policy chief, is not going. EU-wide businesses increasingly tell their puny political leaders that the way to go is Greater Eurasia – from Lisbon to Vladivostok, from Murmansk to Mumbai, with Tehran in between, and everything linked to the China-driven Belt and Road Initiative.

Poland is an exception. Ruled by hardcore nationalists, it has been lobbying for a permanent US military base, which President Andrzej Duda wants to call “Fort Trump”.

Unable to force France, the UK, Germany and Italy out of doing business with Iran, what’s left for Washington is to have Persian Gulf governors plus Israel assembled in the same room, pledging their efforts towards an ill-defined, anti-Iran Arab NATO.

What this will certainly accomplish inside Iran is to promote even more hardliners and “Principlists” who are lobbying for a return to former President Ahmadinejad’s “Look East” strategy.

Iran is already looking East – considering its top Asian energy clients and the close ties with the Belt and Road Initiative and the EAEU. Team Rouhani now knows, in realpolitik terms, they cannot trust the US; and the EU is an immensely problematic partner. The next major step would be for Iran to become a full member of the Shanghai Cooperation Organization. China wants it. And Russia wants it.

Venezuela looks to have been targeted for regime change essentially because it’s trying to bypass the US dollar on trade. That should not be a problem for Iran, which has been a target for regime change for decades.

Pepe Escobar is a Brazilian journalist. He writes a column – The Roving Eye – for Asia Times Online, and works as an analyst for RT, Sputnik News, and Press TV as well as formerly for Al Jazeera.

The post As US and EU Prove Unreliable Partners for Peace, Iran looks East appeared first on MintPress News.